While its E-GMP platform-mates the and were dealt mostly universal praise for their unique styling, upon its initial reveal over the summer, the was met with much more divisive opinions — certainly not helped by the . I like a funky design, though, Panele podłogowe and after getting to spend an hour with a US-spec GV60 in a studio space earlier this month, it’s my favorite of the South Korean trio.

Like the Ioniq 5, the GV60’s styling belies its true size. While it might look like a compact hatchback, in reality the GV60 is only 8 inches shorter in length and 2 inches shorter in height than the GV70 crossover. The GV60’s wheelbase is longer, though, with wheels pushed out to the corners and Panele podłogowe super short overhangs. The rakish greenhouse and overall profile really works, especially with the fixed rear spoiler. This particular GV60 rides on 21-inch wheels with a rad complex design, and it’s unlikely for anything smaller than 20s to be offered in the US.

The GV60 has the same thin dual headlight setup as every other new Genesis, but the internals feature individual square pixel LED units for a unique effect (this also makes the headlights easier and cheaper to replace). Genesis says it was important for the GV60 to have a large grille to underscore its positioning as the brand’s smallest and sportiest model, and much of the grille is actually functional for battery cooling. I really like the small triangle at the top of the grille that hou. The GV60 is the first Genesis to ever get a clamshell hood, and it’s also the first production application of Genesis’ redesigned wing badge that first debuted on the .

One of the most controversial pieces of the GV60’s design is the Volt DLO, the lightning bolt-shaped piece of chrome trim that adorns the C-pillar and continues to wrap around the top of the windows and windshield. I think it really works in person, especially given the simplicity of the GV60’s sides. Every GV60 gets that grey cladding, which helps to reduce visual mass, but I would like to see it available in a glossy black finish. The rear end is pretty clean, too, with a smooth hatch, some intricate diffuser detailing, twin LED taillights and a sweet third brake light that runs the length of the spoiler. Hidden in the B-pillar is the , which can be used to unlock and start the car.

On the inside, things really get fun. The GV60 I got to see has a blue interior with lime green stitching, and Genesis says that’s just one of a bunch of interesting interior schemes and exterior paint colors that make the GV60 its most personalizable offering yet. The seats have a mix of blue leather and Alcantara trim with cool perforation patterns, and like on other Hyundai Motor Group products, nearly every surface is color-matched to the leather color. Pretty much every surface and touchpoint feels well built and befit of a luxury car, and it’s distinct enough from the Ioniq 5’s interior to be worth a premium.

The dashboard is dominated by two large, connected screens above a convex piece of aluminum-ish trim that houses the air vents. A climate control panel has a mix of real buttons and touch-capacitive controls and are a couple buttons to the left of the steering wheel, but otherwise the dash is clean. That steering wheel, by the way, is awesome. It’s got two spokes and a pair of round buttons, one for drive modes and one for . The infotainment is a new evolution of the system found in other Genesis models like the GV80, controlled by a similar rotary dial on the floating center console. It has 3D renderings of the exterior and interior that are used as settings menus, as well as slick animations for range and charging displays. This was still technically a prototype so I didn’t get to play around with it too much, but it should be even better than the GV80’s excellent system.

But the orb behind the infotainment knob on the center console is the single coolest thing about the GV60. Genesis calls it the Crystal Sphere, and it has amazing etched patterns that light up and match the set ambient lighting color. The look of the sphere changes as you move your viewing angle, and it’s pretty trippy. When the car is turned on, the sphere rotates around 180 degrees to reveal the metal gear selector, which is a rotary knob with a central button for park similar to what’s found on the GV70. In addition to just being cool as hell, Genesis bills the Crystal Sphere as a safety feature. With EVs it can be difficult to tell when the car is actually on, so if the sphere is visible, you know the car is off. Plus, the sphere won’t rotate if the GV60 is charging so you don’t accidentally drive off while plugged in.

There are a ton of other neat touches. The door panels are maybe my favorite piece of design, with accent stitching, suede trim with a stripe motif and more of that aluminum trim. The pull handle is a nice metal cylinder with a round control for the mirror adjustments that has a knurled surround — on the driver’s side, at least. The handle for the front passenger door has a similarly shaped piece that has what looks like a speaker grille, but the whole thing actually twists off to reveal a changeable fragrance dispenser. Rear-seat passengers get cup holders mounted in the doors.

A completely flat floor adds to the GV60’s sense of airiness, and there’s a ton of legroom and more headroom than I was expecting. Underneath the center console is a completely open space that allows items to be passed between the rows of seats, with netting in place to prevent stuff from flying around the cabin. The rear seats fold nearly flat and can recline as well, and the front passenger seat is able to recline into an almost horizontal position. There’s a good amount of cargo space under the hatch despite the sloping roof, but the frunk is pretty minuscule, at least on all-wheel-drive models. Even the glove box is cool: it slides out like a desk drawer, with a flat bottom and a ton of space inside. 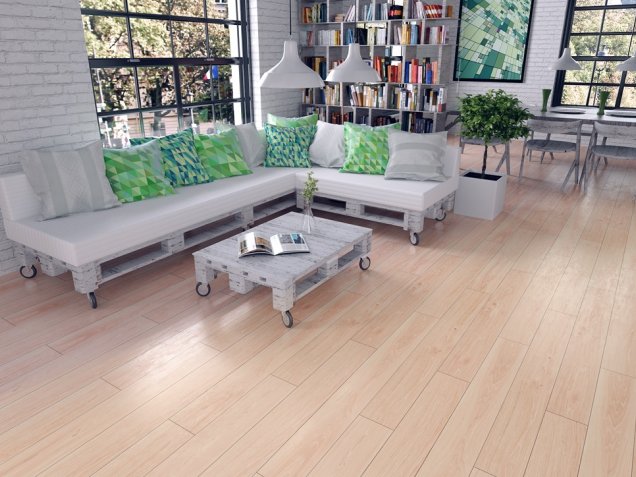 Genesis today , though take these with a grain of salt as they’re for the Korea-market model. The initial rear-wheel-drive model will have a 77.4-kilowatt-hour battery pack and a 225-horsepower electric motor, and in Korea there will be two different AWD versions, including a performance model with 429 hp. Like the Ioniq 5 and EV6, the GV60 has the ability to charge from 10% to 80% in just 18 minutes and a function that allows the car to act as a generator. No EPA range estimates have been announced — the Korean RWD model will have a range of around 250 miles, while the Performance AWD version gets a 229 mile range in Korea — but the US-spec AWD model I poked around showed a range of 257 miles with 88% charge.

The GV60 will go on sale in the US in early 2022, with a price tag around $50,000. As controversial as the GV60’s styling is in photos, I promise it looks damn cool in person and there’s no denying it’s got a fab interior. If this is what Genesis can come up with on its first go at a dedicated electric car, I can’t wait to see the next EVs that will debut as part of .